The project aims to support the Rama indigenous peoples to achieve their development objectives in a sustainable and holistic way in Rama Maneland, an extension of Rama Cay, the primary residence of the Rama peoples. 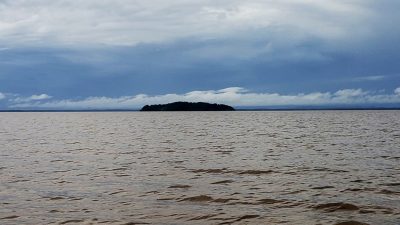 Nicaragua is the second-largest country in Central America in terms of area, with a population of 6.4 million. With one inhabitant in five living below the poverty line, there is significant inequality in the distribution of wealth. Nicaragua is also the fourth most vulnerable country in the world to face the impacts of climate change, yet it is one of the least prepared. The poor are the most affected by natural disasters such as earthquakes, floods, droughts, and recurring hurricanes, along with environmental degradation. In addition, the political and social crisis of 2018 has led to an economic recession, increasing the level of poverty of the most vulnerable populations. All these factors have created a situation of insecurity and risk in the face of a changing climate.

The mission of blueEnergy is to empower healthy families and resilient communities by unlocking access to renewable energy, safe water, sanitation, hygiene, and sustainable food security in the face of a changing climate. With a focus on some of the world’s most isolated, marginalized communities, blueEnergy has been working on the Caribbean Coast of Nicaragua since 2004 to help the most vulnerable, poor, and isolated populations of the region to improve their living conditions, strengthen their individual and organizational capacity, and engage in productive entrepreneurship. The Rama Community Development project thus seeks to reduce energy poverty and contribute sustainably through the introduction of renewable energies, contributing to the improvement of the quality of life of the indigenous peoples, with over 3,000 people who will benefit directly and indirectly.

The general objective of the project is to reduce energy poverty and contribute towards work already underway in Rama Maneland by the communal government, regional authorities, Friends in Action, and blueEnergy to improve the sustainable development and living conditions of the indigenous communities residing in the peri-urban zones of Bluefields through the use and implementation of sustainable solar energy solutions and protection of natural resources. Through the introduction of modern and renewable energies, blueEnergy seeks to contribute to the improvement of the quality of life of the indigenous peoples by meeting their electricity needs.

The operational results of the project would include the installation of a solar micro-grid to provide electricity to communal areas in Rama Maneland as well as 19 family homes.

878 people will benefit directly from the mini solar network and the solar water pumping system:

2,188 people in the region will indirectly benefit from the solar microgrid and the associated development plan throughout the Rama Kriol territory.

This project will be implemented in 3 stages over the course of 3 years, and started in mid-2021 with stage 1.

In the preliminary stages of the project, blueEnergy conducted preliminary technical and socio-organizational diagnostics, community meetings and focus groups, and interviews with members of the Rama Cay and Rama Maneland municipalities, the FIA administration, and ENEL, the national electricity distribution company. This first phase is ongoing and consists of further assessments, feasibility studies, design and community planning. The importance of this preliminary work cannot be understated, as a big part of the strength of the project lies in its inclusion of participatory community planning, awareness-raising, and local capacity building.

Stage 2 (year 2) will include the implementation of the technical solution and capacity building, while stage 3 (year 3) will be focused on production and revenue generation. Ultimately, blueEnergy in collaboration with the Rama people hope to achieve 4 key outcomes:

Outcome 2: Community training to ensure ownership of the project and set criteria for sustainability of the system.

Outcome 3: Access to electricity in communal facilities and 19 homes in Rama Mainland through the installation of a solar microgrid.

blueEnergy is an international nonprofit organization that uses an award-winning community development model to implement innovative technical solutions that empower vulnerable communities to lead their own development. Since its founding in 2004, blueEnergy`s projects have improved the living conditions, hygiene and health of 170,000+ people, and the organization seeks to empower healthy families and resilient communities by unlocking access to renewable energy, safe water, sanitation, hygiene, and sustainable food security in the face of a changing climate.