Located in one of the most notable and pristine heritage sites in north-eastern Iceland, the Theistareykir geothermal power station is a modern engineering marvel of renewable energy production in harmony with nature.

The construction spanned two years and was split in two 45 MW phases. The first phase commenced operations in the fourth quarter of 2017 and the entire power plant came into full operation with the second phase coming online during spring of 2018. The design and plans for the power station were centered on creating an efficient, reliable power station that respects the environment.

The power station was developed by Landsvirkjun, the country’s largest electricity generator. It is owned by the Icelandic state and generates 75% of all electricity used in Iceland; from hydro, wind and geothermal energy. Landsvirkjun operates 18 power stations in Iceland and is committed to efficient energy production, in harmony with the environment and society.

From the very beginning, a strong emphasis was placed on integrating power harnessing plans and environmental protection so that the natural environment and nature conservation would be given full consideration. 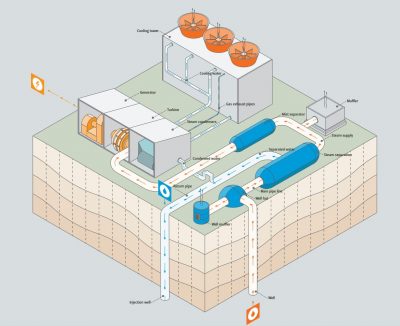 Preparation for the Þeistareykir Geothermal Power Station began decades ago when local residents took the initiative to utilise the area. However, the history of the Þeistareykir project itself dates back to 1999. The land utilisation and protection plan for the Theistareykir area was developed in cooperation with the municipalities and energy companies. Following the publication of a thorough environmental impact assessment report and subsequent exploratory drilling and resistivity measurements, the construction of the power station began in 2015.

Safety at the Forefront

Landsvirkjun is a leading company in the matters of health and safety. Landsvirkjun adheres to a zero-accident policy, the basis of which is to develop a strong safety culture amongst employees to actively prevent accidents. An effective zero-accident policy is achieved by employee involvement in the workplace, adherence to the policy and putting individual safety and the safety of others first.

An abundance of thermal energy is continuously emitted by the Earth’s core. The water cycle transports thermal energy from deep in the Earth’s crust and up to the surface. Energy extraction requires drilling approximately 2km into the earth. The geothermal fluid extracted from these wells is a mixture of boiling water and steam, also containing gases and dissolved minerals.

The steam separator separates the steam from the water and the steam is then utilised for energy production. The steam is transported to the turbine unit which consists of a generator and turbine. The steam drives the turbine blades, rotating the generator and thus creating electricity. The condenser cools the steam from the turbine, creating condensate and cooling towers spray the hot condensate from the condenser onto cooling racks where the air cools it. Separated water is re-injected back into the geothermal reservoir where the water cycle continues.

Theistareykir is considered to be among the most important heritage sites in Iceland and is registered in the Icelandic Nature Conservation Register as the fumaroles located there are very active. 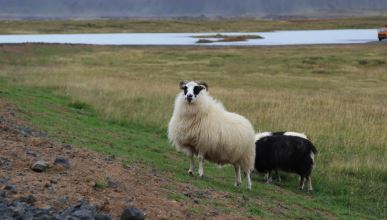 The first references made to Theistareykir and Mælifell farm as being inhabited areas stem from the 14th and 15th century. In total, there are 58 registered heritage sites in Theistareykir and it is believed that an outlying church stood there, although the exact location remains unknown. Mælifell was abandoned at the end of the 15th century but it appears that Theistareykir was continuously inhabited throughout the 16th and 17th centuries. The area was inhabited intermittently throughout the 18th century and was finally abandoned in 1873. Today, the land is used as a summer grazing area for the counties of Adaldælahreppur and Reykdælahreppur.

Sources reveal that sulphur was exported from Iceland in the 13th century and was mainly harvested in Thingeyjarsýsla Municipality. The mines in Theistareykir were closest to the export harbour in Húsavík but richer sulphur mines were found in the Mývatn area. Harvesting of sulphur was mostly discontinued in Theistareykir at the end of the 19th century but attempts were made to export unprocessed sulphur in the 20th century. When those attempts were dropped shortly after, it marked the end of sulphur trade in the Theistareykir area.

Environmental and social sustainability have been the central focus throughout preparation, construction and operational stages of Theistareykir power station. 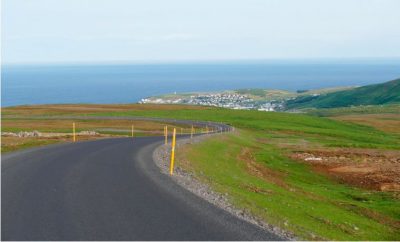 Seeding and reclamation alongside Theistareykir Road; about 6 tons of seeds and 84 tons of fertiliser were utilised. 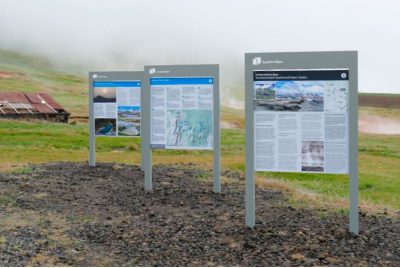 Information boards with description of the areas’ main characteristics, construction and the history of development.

In order to minimise the environmental impacts of construction, Landsvirkjun ensured that
landscaping and finishing were carried out alongside development. This included seeding alongside Theistareykir Road and the utilisation of the vegetative cover in lining embankments and roadsides. Restoration of land areas also took place to balance the land being used for development.

This work was conducted in cooperation with Soil Conservation of Iceland and local residents alongside construction in summers of 2013, 2014 and 2015. 84 tons of fertiliser and 6 tons of seeds were distributed in the station’s area of influence and 82 thousand plants were planted. There is a cooperation agreement in place with the Environment Agency, which conducts regular visits to the area and monitors development and finishing after construction.

In 2016, three Icelandic Power Companies and two Governmental Agencies formed a Working Group for the development of an assessment tool to measure geothermal sustainability performance; Geothermal Sustainability Assessment Protocol (GSAP). The protocol was based on a similar multi-stakeholder initiative known as the Hydro Sustainability Assessment Protocol (HSAP) developed by the International Hydropower Association, IHA, in 2010. Iceland actively participated in the preparation of HSAP protocol which is now applied worldwide to assess key sustainability factors of hydro projects across a range of sustainability topics including social, environmental and economic performance.

The GSAP Working Group took on to transform this widely accepted HSAP tool to geothermal application. Modifications were kept to a minimum to maintain all possible existing consensus. The draft of the GSAP protocol was prepared and successfully tested during the Preparation Stage of Theistareykir power plant.