Over 2 750 people in three villages in Surkhet, Nepal, are still living with the impact of the 2014 floods. The project aims to increase community resilience to economic and climatic stresses in this rural off-grid community through the use of innovative renewable energy technology.

“My neighbours woke me up. I gathered my family and we just ran uphill to save ourselves” said farmer Prem Bahadur Pun, from a village in Surkhet, Nepal, affected by the Bheri River floods of 2014. “By morning, our house was gone, the cattle were gone, my land was gone. I lost everything.” Pun said. Others were not so lucky.

“So many people are missing … including one of my neighbours, his wife and two grandchildren.” After the flood, many men were forced to migrate for work, earning pitiful amounts but still not enough to feed their families. Immediate disaster assistance has melted away leaving communities without help, some still living in tents in nearby forests, four years later.

Track my Electricity wants to help change this situation for 2 750 people in three villages in Surkhet, Nepal, who are still living with the impact of the 2014 floods. By supporting this new and highly innovative project, Solar Energy for Community Resilience in Nepal (SECuRE) by Renewable World, we are helping with installation of a simple solar micro-grid solution which will power: 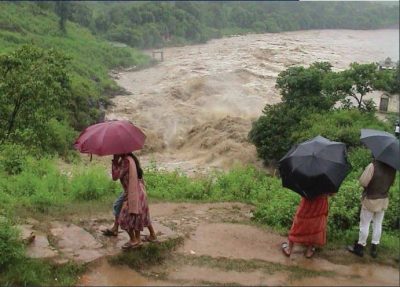 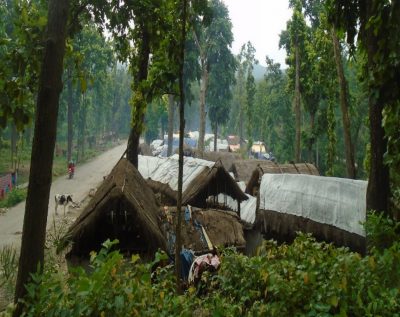 Surkhet is a mountainous region in the central-western region of Nepal. It is home to hundreds of remote, hill-top and valley-based communities which are completely dependent on small-scale agriculture. Erratic rainfall, combined with extreme flooding, is making livelihoods in the District ever harder for these already disadvantaged communities. As Nepal’s climate is changing faster than the global average, the risk of flooding is growing and its potential impact, with loss of life, homes and livelihoods, is an increasing threat.

In addition to the challenges created by flooding, rural communities in Surkhet have access to only basic health services. Health posts are rudimentary, often without running water, equipment or electricity. This means they can offer only limited services outside daylight hours and cannot refrigerate vital medicines and vaccines.

Poverty is also high in this region and livelihoods rely heavily on agriculture which, is hampered by erratic rainfall. Livelihoods diversification is stymied by the high costs of fuel. In addition, lack of domestic lighting forces women to rush home from working in the fields so they can cook while it is still light and the use of polluting fuels, such as kerosene, damage their health, irritating eyes and causing respiratory problems. Women and young girls suffer disproportionately from the many hardships faced by these communities; they bear the brunt of domestic work, become solely responsible for working the land when their men-folk migrate in search of work and endure the greatest losses when floods occur.

The project will achieve four principal outcomes, measured through rigorous evaluation at the end of the second year of the project, namely:

Project beneficiaries include a high proportion of women and young girls, as well as Dalit and Janjati people, who are subject to extreme discrimination. The project will directly benefit 2 750 individuals in 500 off-grid households in three communities. The feasibility phase will seek to identify additional downstream communities who could benefit from the flood warning system. 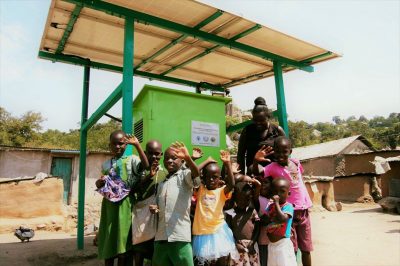 Kenyan children posing in front of one of Renewable World's Energy Hubs on the shores of Lake Victoria, Kenya

Renewable World was established in 2007 with the aim of empowering energy poor communities to develop sustainable livelihoods trough the provision of renewable energy systems. They work through partners to provide renewable energy services to the energy poor where financial or geographical barriers prevent public or private sector solutions being effective.

In Nepal, their projects use renewable energy technology to tackle poverty by bridging the major barriers facing communities, with a focus on geographically and socially marginalised, energy-poor communities in the Western mid-hills and Terai region of Nepal. Renewable World’s work in Nepal has reached over 9,000 people, bringing a wide range of benefits: reducing the amount of time women and girls spend collecting water and reducing illness/accident associated with water collection; increasing income from agriculture; and increasing household consumption of fresh vegetables and food security.