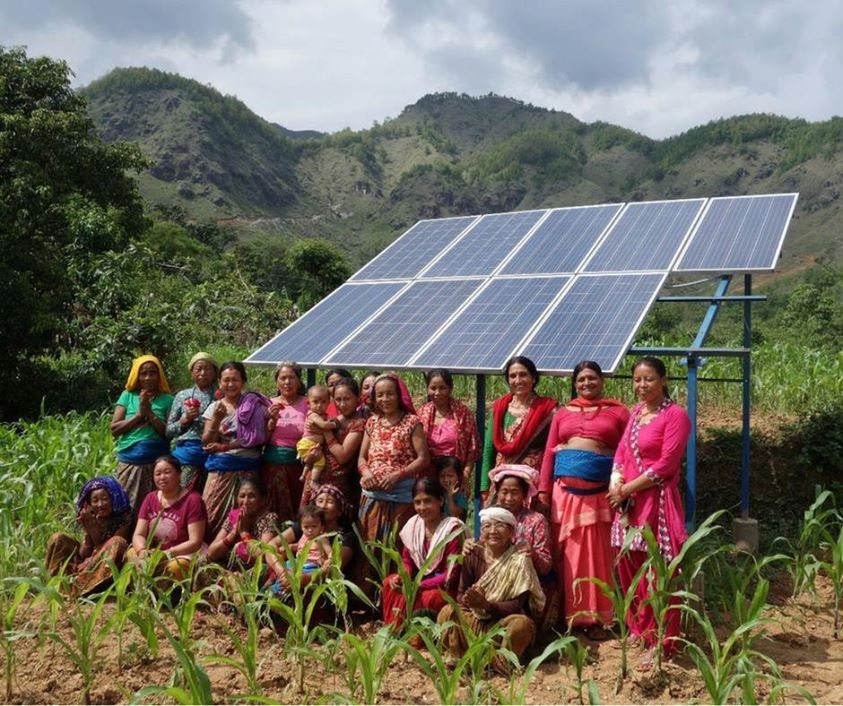 A solar-powered flood warning system supported by Track My Electricity is now operational in Nepal.

In 2018-2019, in Bherichaal-Chepang, SEcURE project supported by Track My Electricity installed:

In 2020, in Srijana Bazaar, the project will install:

Surkhet is a mountainous region in the central-western region of Nepal. Erratic rainfall, combined with extreme flooding, is making livelihoods in the District harder for these already disadvantaged communities. As Nepal’s climate is changing faster than the global average, the risk of flooding is growing and its potential impact, with loss of life, homes and livelihoods, is an increasing threat.

The flood warning system is located in Bherichaal Chepang that lies at the confluence of Bheri River and Sot Khola (Stream) and was one of the communities worst-affected by the important Bheri flood during 2014 August.

The EWS system consists of an Audio Remote Terminal Unit, which is a microprocessor based digital device, that can be used for mass notifications using sound. The Unit has enough memory capacity to store hours of recorded messages that can be triggered locally or remotely via radio, the mobile network, satellite network or the internet when an emergency occurs. It can also be connected to cloud-based systems to automate mass notifications.

In Bherichaal Chepang, the village school roof was selected as the best site for the EWS system. A 3 metre aluminium mast was erected as a base for the solar panels and the EWS components. The weather-proof box housing the ARTU, amplifier, solar charge controller and battery are mounted on the mast as are the solar panels, (which are inclined at an angle of 45°, facing south) and two horn speakers. The system is properly grounded – see picture below.

The system is capable of triggering the siren in two different ways:

When the EWS system receives an SMS (from any of the above methods), it blasts out the siren with the recorded voice messages. The voice messages continue for 2 minutes, with a pause between consecutive messages.

The early warning system is owned and managed by community. A community-based Disaster Management Unit has been formed to take responsibility for the operation of the system and the dissemination of flood forecasts and warnings. They will also hold regular interactions with affected communities and other major stakeholders.